She has said, “I would rather be tough on myself than have other people be tough on me.” This shows a driven, ambitious personality. A woman who married and matched wits with Tom Cruise would be capable of nothing less. Her movies range from dramatic (The Hours) to the musical (Moulin Rouge!) to adventurous (Australia). She has been known to say that she is scared of butterflies, but not snakes and spiders. This is good, considering that she says “I want to be in places I’ve never been before.” Oh, the places she’s been!

When starring in Baz Luhrmann’s Moulin Rouge!, she and Ewan McGregor wore harnesses for the elephant scene. They were 60 feet high. Luhrmann creates grand, sweeping vistas in his movies, so actors can be prepared to strap in for a wild ride. She also had injuries filming dance scenes in Moulin Rouge!. This affected filming for future roles. These challenges existed alongside all the singing and acting required in the film. Since she has a dance background, that part was surely second nature. Her strong working relationship with the director created a great film. She has worked with Baz Luhrmann on other films and the two are good friends.

At age 17, Nicole helped her mother beat breast cancer. She had to stop working and even took a massage course. She has been involved with celebrity events designed to fight breast cancer. Taking on the role of supporting someone through a serious illness was a strong act of bravery, especially at such a young age. During this time she helped the family by putting her education on hold. She had the heart and intelligence to know that she could not only make a difference but go on to future success after nursing her mother to health. She pays back by visiting and singing to hospitalized children.

She rode horses on the set of Australia. There was a great deal of riding, working with cows, and dealing with varied terrain in doing this movie. She took lessons to look the part of a capable rider in the movie. She pulled it off, looking natural in the saddle and in command as she and her horse worked cows. In one scene she cracks a whip over her head, looking every bit the capable ranch hand. She enjoyed it so much that she and her husband went on to buy a ranch of their own. Included in their menagerie are alpacas!

The set of Australia had its dangers, including creepy crawlers. This put her in a position to save Hugh Jackman from a scorpion. She neither shied from the creature nor harmed it. She just captured it in her hat and dumped it in the woods! She later said that she would never kill an animal and that every creature has its purpose. Nicole has nerves of steel and a heart of gold. In either case, certainly her good friend Hugh Jackman was grateful for the favor. She earned applause for her brave act, surprising her peers with this hidden talent for handling poisonous wildlife. This is not surprising from a woman who enjoys scuba diving and particularly enjoys the beauty of sharks.

6. Eye For Talent and Authenticity

She has worked with some of the best directors in the business, including Stanley Kubrick and Gus Van Sant. She advised Natalie Portman to always work with directors she admired. She has turned down big roles like that of Jenny Curran in Forrest Gump. She endorsed Brad Pitt for his role in Mr. and Mrs. Smith. Her husband Keith Urban is a successful musician, and they have both lent their musical talents to charitable causes. She has honed her own talent by learning new skills for roles. This included things like learning how to write right-handed and how to castrate bulls. She seeks out authentic experiences in learning new things like how to speak Russian or how to relate to domestic abuse survivors. 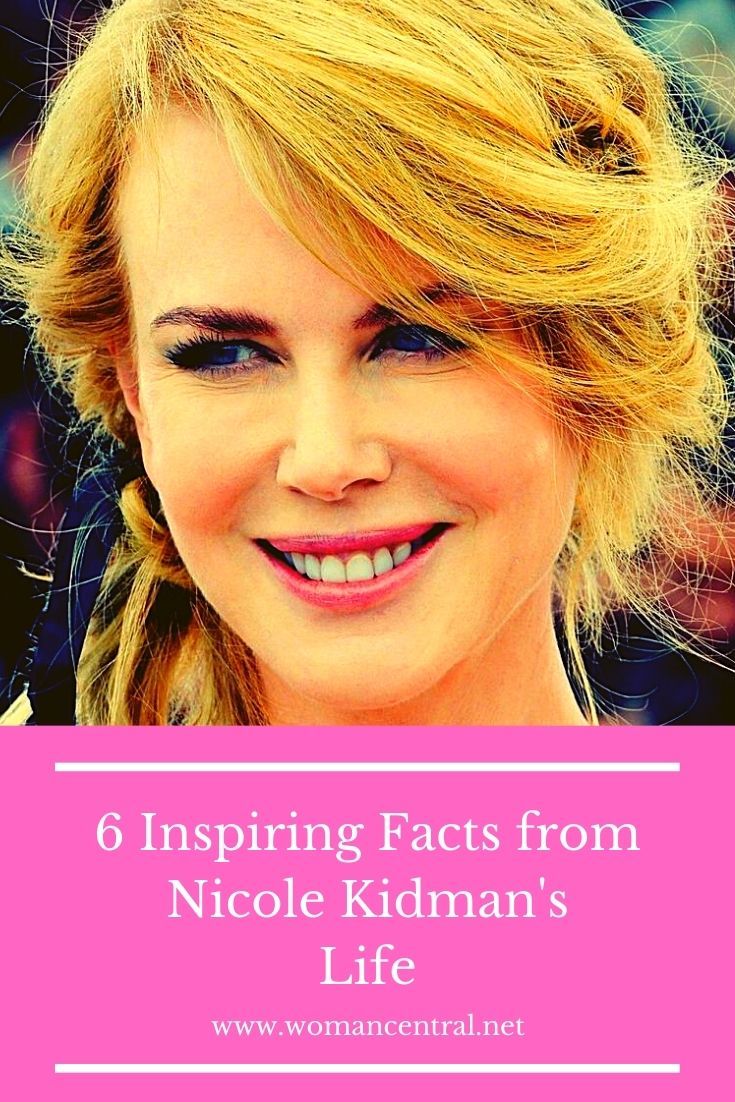