Skip to content
Tweet
Share
Share
Pin1
Share
1 Shares
Did you know that some food just makes us hungrier? Not immediately, but soon after a meal. Hunger is the result of a complex interaction of the stomach, intestines, brain, pancreas, and blood. These foods could create the impression that you are hungry even when your stomach is full.

White flour, which is used to make white bread is made from the hulled grain shell, which diminishes the ability of the grains to satiate us. When you eat white bread, insulin levels jump. A recent Spanish study followed the eating habits of more than 9,000 participants found that those who ate white bread are more prone to weight gain for about 40 percent than those who did not eat it.

“Healthy” drinks you buy contain a large amount of sugar, but no fibers. When you drink these drinks, the level of sugar in the blood can jump and drop soon after, and the hunger returns quickly. It would be best to make juice using whole paddy fruit, and you can add protein powder or peanut butter to the juice.

Chips, pretzels, and other salty snacks are quick carbohydrates that can raise insulin levels, and lower them quickly. Because of the amount of salt you eat, you can have the impression that your stomach is full, and you’re actually hungry (as you will soon feel).

Almost every ingredient in the fast-food is there to get you to eat more. For example, supersaturated fats cause inflammation in the stomach, which reduces the body’s ability to produce neurotransmitters which control appetite, such as dopamine and serotonin.

When you drink alcohol, for a moment you get to feel that you are fed up, in fact, you’re just hungrier. Only three glasses of alcohol reduce leptin (a hormone that controls hunger) by 30 percent.

White pasta looks just like white bread, but it is more dangerous than bread because it’s easy to overfeed with it. You should eat a serving size of one cup, but the portions are much larger in restaurants. 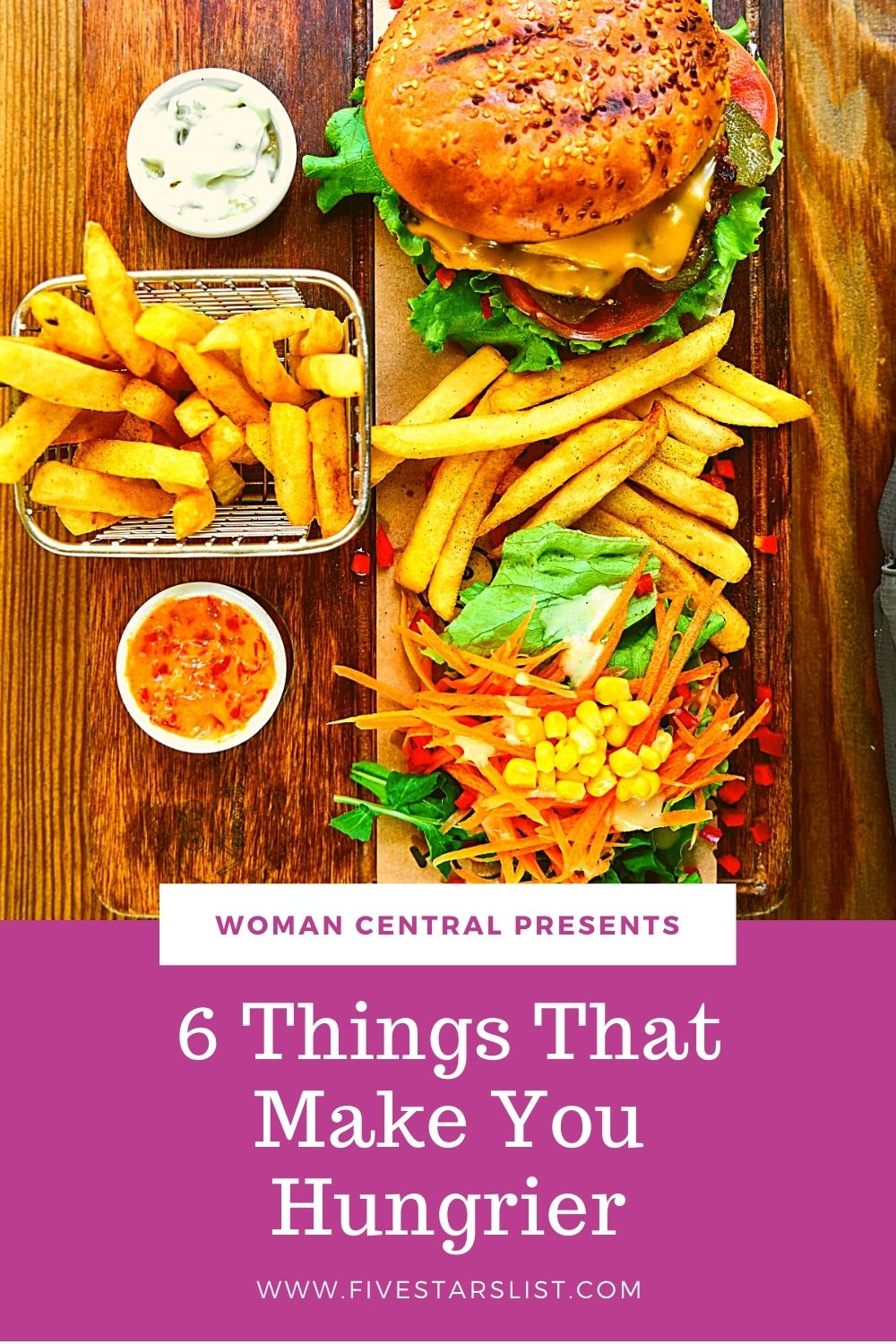