Skip to content
Tweet
Share
Share
Pin
Share
0 Shares
Flirting refers to a universal language of body movements and other actions expressing subtle sexual interest between adults. Get to know these cool 7 facts about flirting to be a true charmer. In fact, you can use your knowledge directly by bringing it up appropriately as the ‘ice-breaker’ or the ‘pick up line’ so to say.

1. It has a ‘Floral’ French History

Etymologists suggest the Old French expression ‘fleureter’ as the root word. Originally, it meant to ‘touch something lightly’ like the bees touching the flower. From the ‘Fleur’ of Flower, came the ‘Fleureter’, ‘talking sweet gibberish’. The word did go through some very interesting transformations in the course of time. In the mid 16th century, it referred to a ‘wanton woman’. Well, studies in this aspect of human behavior do suggest that women take up the lead roles in most situations.

So, here you have Flowers, France, and Independent Women when you look into the word-history of ‘flirting’. Can any other magical combination be so amazingly beautiful!

Wanton researchers looking up a nice topic to study did come up with some numbers following all that lovemaking! A study categorizes flirting into five different categories: traditional, polite, sincere, playful, and physical. In traditional flirting, men make the first moves. In polite flirting, both people are too shy and courteous to make a definitive approach. Sincere flirting is with the intention of a beautiful long-term relationship.

Playful flirting actually categorizes all that is fake in the art. ‘Physical’ flirting involves a nice level of comfortable physical contact. Studies also classify as many as 52 different signals between either gender! These include ‘lip bite’, ‘hair flip’, and ‘secret handshake’.

Indeed, studies show that women initiate flirting as much as 90% of the time. However, studies also show a huge majority of men to confuse ‘signs of friendship’ with that of flirting. Most men suffer from the major flirting loopholes like choosing an uninterested person, making a stupid first approach, and becoming afraid of the consequences while talking.

A true man is confident in his honor. Even when he flirts, the real man first makes sure that he is not into a closed commitment with another partner. Science says men make mistakes in reading signs because of an increased testosterone count. Truth be told, real women make fun of men desperate for sex.

The signs are common across all cultures. Eye contact is almost always the first sign unless you lock eyes after a brush of skin. Obviously, when your ‘skin contact’ is intentional, it is the first sign of interest. However, men must be super careful when approaching women with ‘skin contact’, as it can get them slaps in public. ‘

Men must be aware of the pitfalls of ‘eye touch’. Women must take their cues from reading the glances of men. A flirtatious eye contact lasts only for a few seconds in the beginning. You know the electricity of that first sight! People do not say ‘love at first sight’ not for no reason!

His eyes will tell you whether you will be comfortable or uncomfortable. If the eyes are hurtful and angry, but the smile belies it, be aware because you have a two-face issue at hand! The glance has to be caring, loving, and patient. Not even ‘Mr. Nobody’ can fake a glance!

Studies and practical experiences do show that women prefer the sensuality of the red color when they are in a flirting mood. A woman may choose to wear a red dress or wear red lipstick to express her availability subtly. Red is a conspicuous color and also has deep sexual associations. Of course, a woman may want attention but avoid flirting. Men must note the fact that wearing a red dress in itself does not indicate she is open to flirt.

Check out the feet of the other person. If the feet point to you quite persistently even when you are not sitting or standing opposite to each other, it only means the other person is interested. Essentially, people tend to stand or sit in a way that allows them a full or partial view of the other person. Similarly, if her feet are in directions away from you despite the fact that you may be sitting opposite, it shows a definite lack of interest. Crossing feet over is a very intense sign of flirting, especially when she is in a feet-revealing dress. 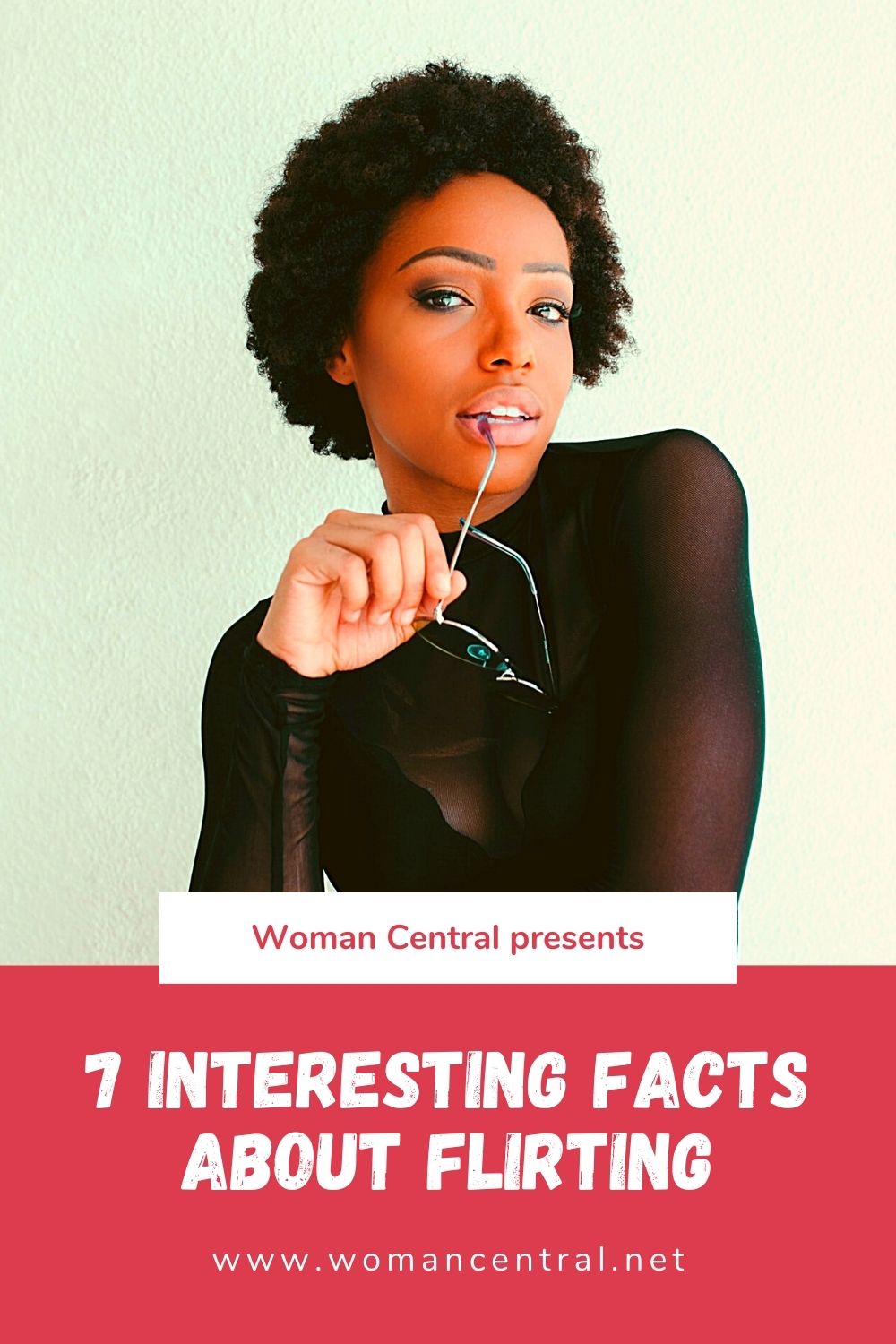