Meningitis is an inflammation of the coverings around the spinal cord and the brain, which is called the meninges. This condition is most often caused by an infection. There are two types of this inflammation, one which is the most common and the other which is less severe and viral.

Viral meningitis has no specific treatment, and it often resolves itself from 7 to 14 days. On the other hand, the less common but more severe kind is bacterial. This type of meningitis causes outbreaks and is what you need to be on the lookout for.

Meningitis is contagious and also easily spread among people who live in close quarters. Sharing cups or transferring respiratory secretions to each other via kissing, sneezing, and coughing are ways meningitis is passed. Since consuming alcohol can suppress the immune system, heavy drinkers are particularly susceptible. In young adults and teenagers, the most common symptoms include headache, fever, and a painful and stiff neck when trying to touch chin to the chest.

There are other symptoms as well, such as confusion, sleepiness, sensitivity to light, and vomiting. In addition, some people get a purplish rash. It can be very hard spotting an onset since symptoms are similar to the flu. In case you experience some of the symptoms mentioned earlier, it would be wise to talk to your doctor. Bacterial meningitis is fatal in about 11% of all cases, and among people who survive, about one in five has severe consequences, such as brain damage or amputations.

Other consequences can also result in kidney problems and hearing loss. Luckily, meningitis can be treated with antibiotics. However, bacterial meningitis must be treated immediately, in order for the medications to work. This is just one more reason to go to a hospital when you suspect you might be infected. Antibiotics can be recommended for close contacts of people with certain kinds of meningitis.

Therefore, visit your doctor if you have been exposed, even if you don’t have any symptoms. Meningitis can be prevented by getting a shot. It is absolutely important that you get a vaccine if someone in your area has meningitis. The meningitis vaccine is recommended for all teens and adolescents at the age of 11 or 12 and as a booster at the age of 16. There are many colleges in the United States that require students to be vaccinated before starting school.

It is important to note that the vaccines, which are currently administered in the United States, protect against four strains of bacteria which cause meningitis, but not all of them. The vaccine which prevents strain B bacterial meningitis is currently in the approval process. Other important things that prevent infections are healthy habits. This includes making sure to get enough sleep, washing your hands, not smoking and also avoiding cigarette smoke, and avoiding close contact with people who are infected. However, you should keep in mind that all this is not a replacement for vaccination. 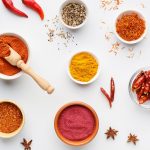 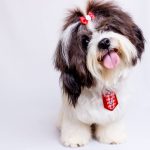